“Putting the words ‘banned’ and ‘fighter’ together isn’t usually a cause for celebration” said Suggy’s Gym head coach Dean Sugden. “But on this occasion we’re delighted to do so. 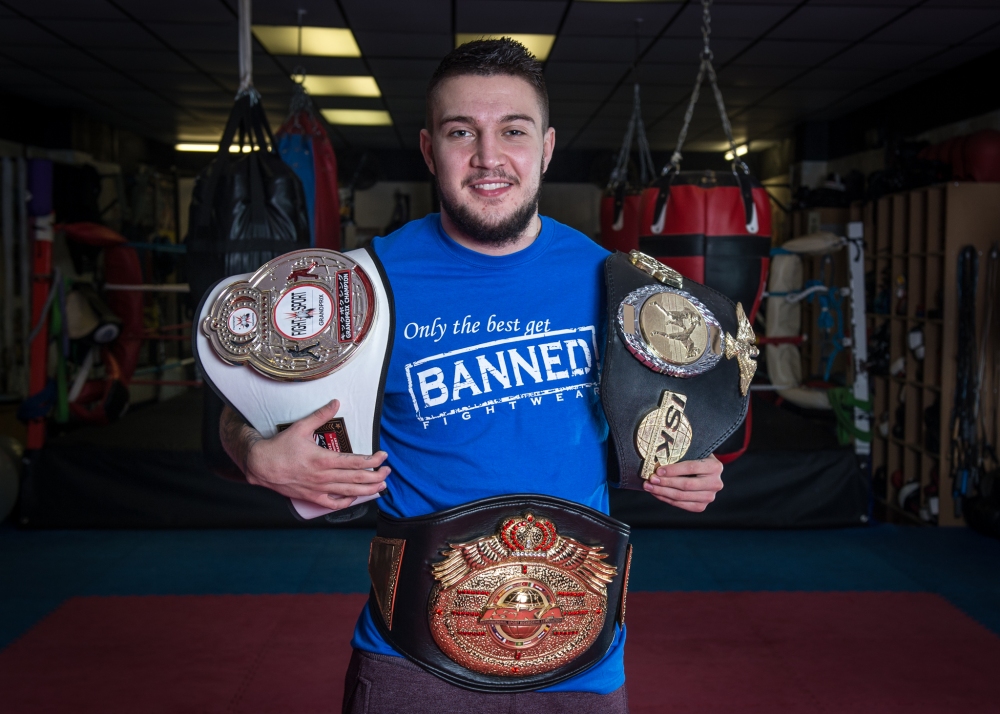 Known as ‘2 Slick’ for a fighting style which has earned him thousands of fans world-wide, Chad burst onto the K-1 scene in 2012 when he defeated Peter Tiarks, Solomon Wickstead and Kerrith Bhella to win the UK K-1 Grand Prix Eight Man Tournament at just 18 years old.

Since then, he has won ISKA Intercontinental and World Titles under both K-1 and Oriental rules and became the youngest ever fighter to appear on a Glory show, beating Sam Wilson in March 2013. Signed by K-1 Global in July 2013, he has fought on three of their shows, including the World Max Final 4 event in Gran Canaria when he knocked out Spain’s Jorge Falcon in the first round.

Back in the UK, he defeated his biggest domestic rival Nathan Epps with ease on the card of The Main Event in Bolton in June 2014.

Now ranked Number 1 at 70kg and turning 21 in April, the Suggy’s Gym fighter is ready for his next challenge. “There’s a lot of speculation about what’s coming up for me,” said Chad. “All I can say at the moment is there’ll be another massive announcement soon, so watch this space.

“2015 is going to be a special year for my sponsors, for my fans and for me. I’ll be making a real statement with walkout t-shirts supplied by BANNED Fightwear and backing it up as always with my performance in the ring as we hunt out and beat the best in the business.”

Craig Maxfield, joint owner and director of BANNED Fightwear with his brother Andy Maxfield, commented: “This is a match made in heaven. Like Chad, we’ve already begun to make our mark on the combat sports scene, supplying high quality clothing to both fighters and fans as well as co-hosting events and sponsoring some of the sport’s leading professionals.

“But this is just the beginning for us all. The best is yet to come and we’re confident 2015 is going to be a big year for BANNED Fightwear and for Chad. We look forward to working with him and achieving even greater success together.”