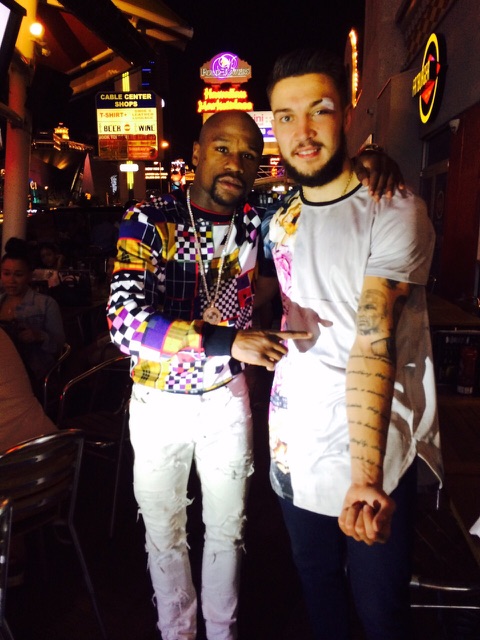 Victory over Murthel Groenhart on the card of the Glory 23 Superfight Series was just one of several ‘wins’ for Chad in Las Vegas last month.

In the fight capital of the world, he met his boxing idol Floyd Mayweather, along with T J Dillishaw, Urijah Faber and Nick Diaz who were ringside at the Hard Rock Hotel.

Also among the several thousand Glory World Series fans in Vegas were some who had travelled from other states across America just to see the Nottingham fighter in action.