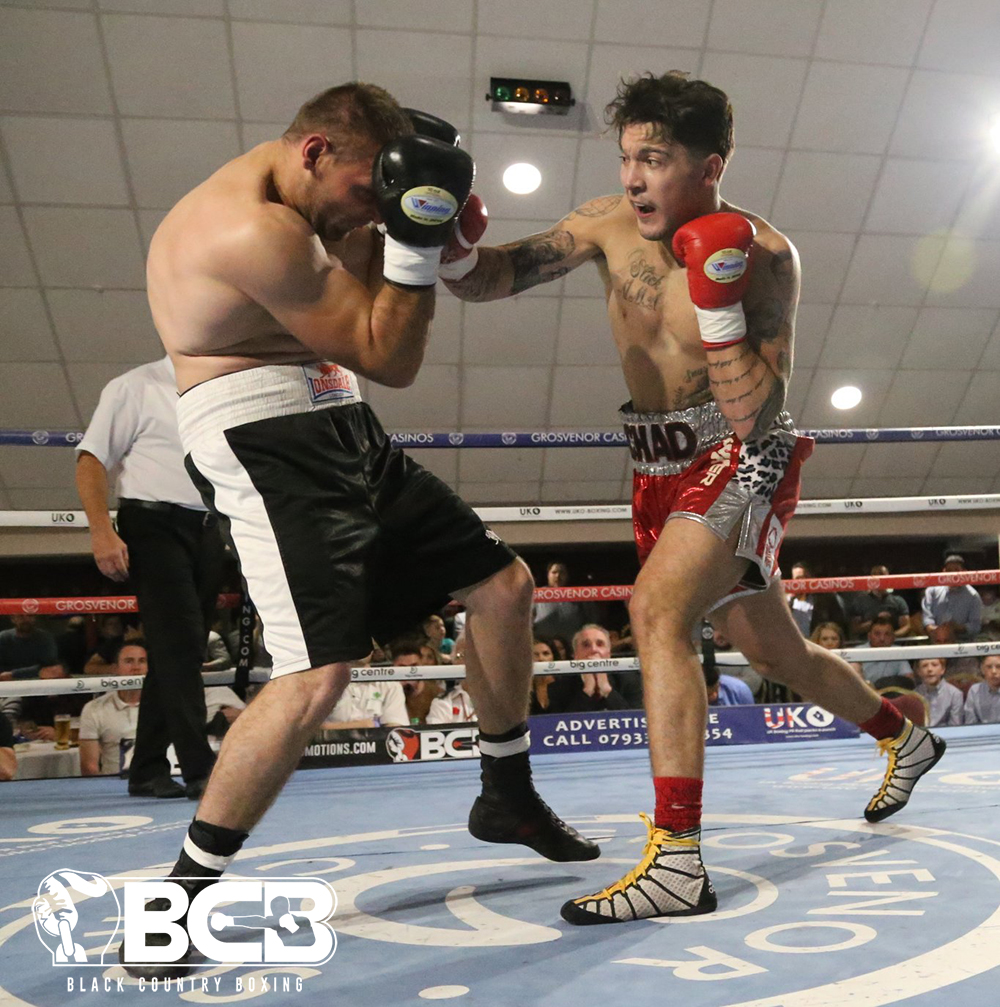 With just a week to go until his next Light Heavyweight match up, Suggy’s Gym pro boxer Chad ‘2 Slick’ Sugden is promising to put on another impressive performance for the army of fans heading to Northamptonshire to support their local favourite.

Fighting on the card of BAD BOYS at the Rockingham Forest Hotel in Corby on Friday 3 November, the Newark-based 23-year old takes on Daniel Borisov from Sofia, who is currently ranked number 3 in Bulgaria.

“Chad is getting stronger with every training camp. In this one he’s been sparring regularly with Jamie Cox and Kell Brook and he never stands still in terms of development,” said his manager and head coach Dean Sugden.

“He’s up against a strong and experienced boxer in Daniel, whose last fight ended in a draw against an unbeaten opponent and whose pro record also includes a recent win over Sam Stokes who was undefeated in his previous six outings.

“On paper this looks like another tough test for the Newark camp but taking fights with a guaranteed win has never been on the agenda for Suggy’s Gym and this one is no exception. Every victory added to his pro record moves Chad further up the UK rankings and defeating Daniel, who has a star against his own ranking, would be another major step forward for us.”

Chad added: “After every fight, I’m asked why I have such a strong and loyal following. The answer is simple – my fans know that I’m always looking to challenge and test myself, whether it’s in training, in sparring or in the ring.

“Every time I walk out for a fight, they know I’m going up against a real opponent. I’m there to put on a show for all the supporters who have been behind me from the start and who will soon be reaping the rewards of their loyalty as they follow me on my journey to the top.”

The two men will come face to face for the first time at the official weigh in at 3pm on Thursday 2 November, ahead of their six-round bout on a show also featuring Simon Barclay who recently fought for the European Cruiserweight Title.