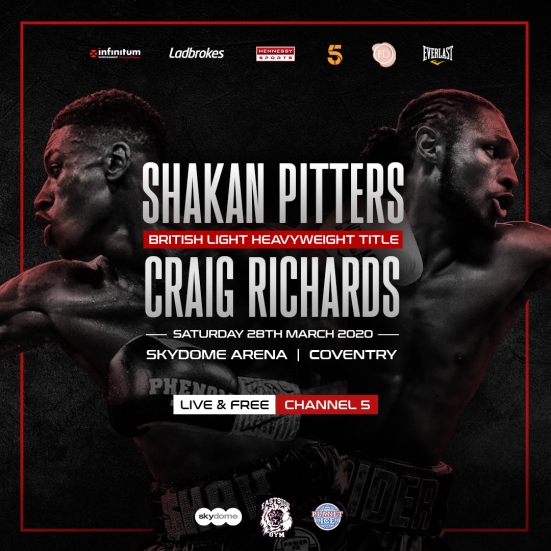 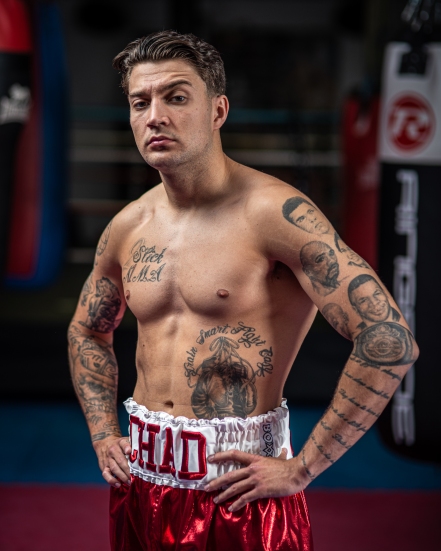 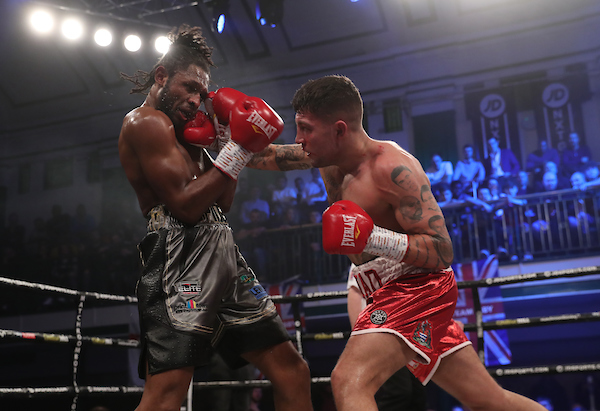 Newark’s Chad Sugden believes he can beat either of the British Light Heavyweight title contenders Shakan Pitters or Craig Richards and wants the chance to prove it.

Featuring on the undercard of the show headlined by the Pitters-Richards British Title fight on Saturday 28 March at the Coventry Skydome Arena, which will be shown live exclusively on free-to-air Channel 5, the Suggy’s Gym pro boxer has his sights firmly set on fighting the winner next.

The 25-year-old caused a massive shock when he held the more experienced Richards – the WBA Continental Champion and number 10 ranked in the world – to a draw last December in their eight-rounder at London’s York Hall.  Chad took the fight at only one week’s notice but he gave the betting favourite some shaky moments during the fight.

Despite the result, 2 Slick is happy to have risen to the challenge and announce himself on the domestic stage to prove he belongs in the mix with the top 175lb contenders and now wants a shot at whichever one of the two emerges victorious next month.

“After the last fight, I kept myself in training over Christmas and New Year so I’d be ready to get back in the ring whenever the call came and I’m thrilled to be fighting on the Skydome show,” he said.

“Although it was frustrating coming out with a draw when I and many of the people who watched it thought I’d beaten Richards, I’m happy that my performance in the fight has elevated my profile and set me on a good level for this year. Now I just need to keep building on it.

“I know I can hold my own against the likes of Richards and I’d love the chance to do it again with him.  With more than a week’s notice I’d definitely turn the tables and beat him next time around.  If he beats Pitters, then let’s do it with the British title on the line.

“Everyone was raving about the last fight, imagine how big it would be next time around!

“I’d be just as confident against Pitters and, despite his unnatural height advantage, I believe I would present disadvantages for him in other areas that I’d exploit.  I’ve been watching him for a while and I’d love to go in and test myself against him.  I just know I’d have the beating of him.”

“And with the show live and free across the UK on Channel 5, this is another massive opportunity for me to showcase my skills and get my name out to an audience of millions so I can’t wait.”

A top quality undercard in Coventry on the night is headlined by red-hot Cruiserweight talent Isaac Chamberlain from Brixton, South London, as he returns to action and is back on his pursuit of a world title.